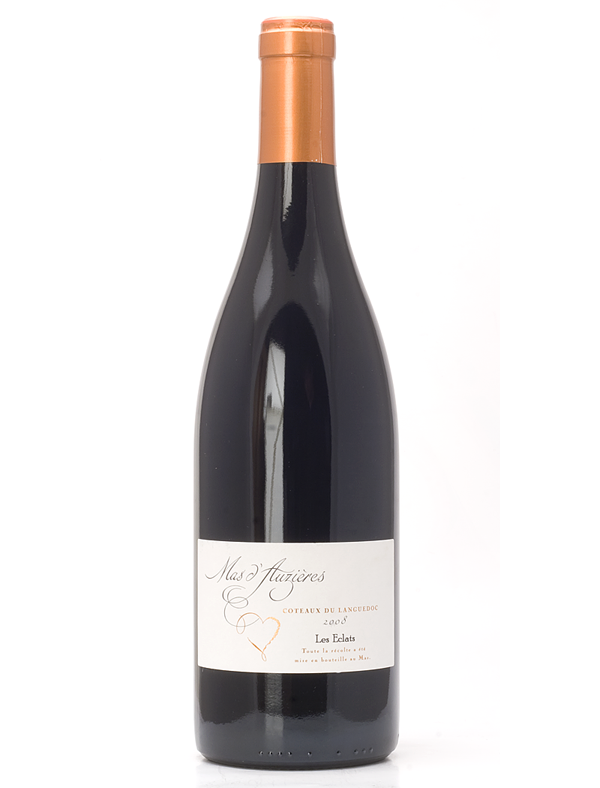 With some assistance, as usual, from 20% Grenache and 10% Mourvèdre, the Syrah in Tolleret’s 2009 Coteaux du Languedoc Les Éclats – which I tasted from tank shortly before bottling – is slightly reduced but impressive in its pungently resinous, sage- and cherry pit-tinged, concentration of cassis, cherry, roasted red meat juices, and dark chocolate. The crunch of berry seed adds invigorating counterpoint and toasted pecan enriches, while a sense of wet stone such as is evoked by this cuvee’s name (“the shards”) lends intrigue as well as a sounding board for rich finishing fruit. Predictably, this gained with aeration, and it ought to be worth following for at least half a dozen years.

Irène Tolleret – for more about whose property consult my issue 183 report – is making steady strides toward becoming one of the top addresses in the Pic Saint-Loup sector. (She has won the right to so-label her wine in the future, once the issue of a potential self-standing appellation or cru status for Pic Saint-Loup has been resolved.) “Maybe some people think they understand everything they need to know, but we don’t,” says Tolleret socratically of the domaine that she and her husband started in 2003. An unabashed partisan of Syrah (which might have helped endear her to the authorities passing judgment on her re-classification, since whether or not wisely, Syrah is to be legally promoted to the dominant grape for Pic St. Loup), Tolleret opines that “2007 was a sort of benchmark vintage for us, and one in which we really began to understand our different plots of Syrah. Even after the pips tasted mature, the fruit was still not there and you had to wait.” Asked whether this approach does not risk excessive alcohol, Tolleret pointed out that “we prune very carefully, and have a very small vineyard, so we can always be looking to see how the leaves are behaving and if things are going too quickly we remove some of them.” Incredibly she picked into October in 2009, yet the finished wines weigh-in at only around 13.5%. Not all of Tolleret’s lots of 2010 were through malo yet when I visited in mid-April, but it was clear that barring unforeseeable misfortune, quality at this address will be ratcheted-up again in that vintage. “For us,” says Tolleret in a succinct and by now familiar refrain, “2010 combines the best of 2009 and 2008. 2009 is rich, rather like 2007, and 2008 is fine if you waited and had faith in your grapes.” Last year, incidentally, a massive wildfire – whose stark, blackened legacy confronted me for several kilometers along my route to Mas d’Auzières – stopped at the edge of Tolleret’s vineyards. Although only 30% of Mas d’Auzières production stays in France, none of the wine, says Tolleret, has been exported to the states for several years; but she seeks to assure me that they will be again very soon.